Animal venoms are a complex mix of peptides, small molecules and proteins. These activate, inhibit or otherwise modulate molecular targets such as ion channels, GPCRs and enzymes. Often they have exquisite potency and selectivity, possibly because they have been developed through millions of years of evolution, rather than a few hundred years of drug discovery. Animal venoms have not evolved to cure our diseases however, so why should they have any potential in drug discovery? 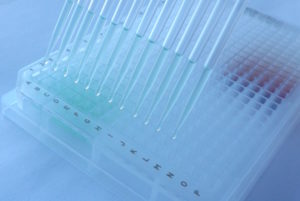 Conserved evolution: The targets that venoms have evolved to hit in their prey have also evolved in humans and may be highly conserved. For example, a Na+ ion channel vital for insect life has an orthologue in humans, which is involved in pain transmission.  Venom that evolved to kill insects can have potential as therapeutic agent in treating pain. In contrast, we also see venom activities that defy our current evolutionary understanding e.g. snake venom disintegrins that are antimetastatic but have not evolved to cure cancer.

Known mechanisms of action: Many venoms have actions on their prey that are desirable for treating specific diseases. e.g. spider venoms that can block pain receptors, or snake venoms that lower blood pressure have potential in treating hypertension.

Venom derived drugs already in the clinic: At the time of writing there are 15 venom-derived drugs marketed (several with peak sales >$0.5B) and >14 new compounds in clinical trials. Such successes include the first ever anti-hypertensive, Captopril, and its successors. Venom from the fer-de-lance inspired researchers to investigate how this snake caused extreme hypotension in its victims. Using the venom peptide as a tool lead to the connection of angiotensin and blood pressure, thus the ACE inhibitor series of compounds were launched, saving millions of lives. Other successes have been clot busters such as Integrilin from rattlesnakes and a glucagon-like peptide from gila monster venom.

Papers & Posters
Helpful publications from our team, our partners and key industry sources

FAQs
Find the answers to your most frequently asked questions